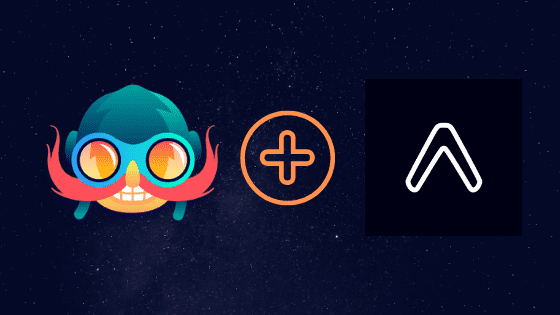 TL-DR: There is an example github project to get started.

Expo is a set of tools, libraries and services you can use to build native iOS and Android apps faster than ever before.

Ever since I found Expo and got started building mobile applications using Expo, I fall in love with how Expo’s developers got the experience so slick and reliable, and I do not have to tackle with the native integration of lots of common native modules (such as Calendar, Location, Camera, Video, Fingerprint, etc.)

When using Expo and we need to add support for additional native modules that the SDK does not currently include, it is possible to eject from the normal workflow (they call it “managed” workflow) and get into the “ejected” workflow, where everything runs like a typical react application.

First, I used the expo-cli to bootstrap a new react-native project and chose the “bare-minimum” option

. This will let the expo-cli to generate a new react native project just like how we run react-native init but they add the support to install expo’s unimodules easily. You can run the app by running react-native run-ios or react-native run-android.

To install and set up react-native-navigation, I visit their documentation and follow the instruction, with the following differences:

Since the project already has CocoaPod setup, it is better to use CocoaPod to manage iOS native dependencies than doing manual linking, so I proceeded to add the following line into the Podfile:

With the above line, I can skip the dragging XCode project and linking binaries step mentioned in react-native-navigation documentation, and go straight to modifing the AppDelegate.m file. In the function

I modify the content as below while still following the installation documentation:

Notice that you need to add the option bridgeManagerDelegate:self to the bootstrap method, according to unimodules’ documentation

With that, I have completed the iOS linking process and then proceed to link the library to the Android project. It is pretty much similar to what react-native-navigation’s documentation pointed out, with the following adjustments:

After that, we add the following line to getPackages():

The reason I commented out but not deleting the line MainReactPackage is to enable react-native link to find where to add new native modules when we need to add new ones.

I am now all set to use this application with react-native-navigation while being able to install any expo’s native modules (unimodules) as I want. I am now able to ultilize the best of both worlds!

I hope this post is helpful to anyone facing the same problem as mine. If any questions or suggestions arise, please feel free to comment below, and I will get back as soon as possible!

Written by Jarvis Luong. I build and share with passion. You can chat with me via Messenger